Four Worms and a Lesson to be Learned!!

I'm sharing the following that was forwarded to me in an email...
Four worms and a lesson to be learned!!!!

At the conclusion of the sermon, the Minister reported the following results:

The first worm in alcohol - Dead. 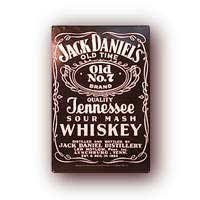 So the Minister asked the congregation -

What did you learn from this demonstration???

Maxine was sitting in the back, quickly raised her hand and said, 'As long as you drink, smoke and eat chocolate, you won't have worms!'
That pretty much ended the Church Service .... Judi xoxo
at March 05, 2010
Email ThisBlogThis!Share to TwitterShare to FacebookShare to Pinterest
Labels: lesson to be learned

Oh my I just love Maxine:) I couldn't tell from the title where you were going with the can of worms... cute post Judi! Have a blessed day!

This was TOO good!!! LOL! I sent it on to others as well...love you, Maxine!
xoxo- Julie

Hilarious! That just makes me laugh. Can't wait for Mike to get up so I can tell him. Well, Nicky had a skunk visitor today. It was looking in his cat door. I shooed it off and it didn't even spray. I'm sure it came for the treats I had put on the porch for Nick. Have a good day today, M

Good one Judi! Now how did you know I needed that bit of humor this morning? Can't find my groove today......coffee not helping!
xoxo,
Kim

I love this joke.

That put a smile on my face..love Maxine